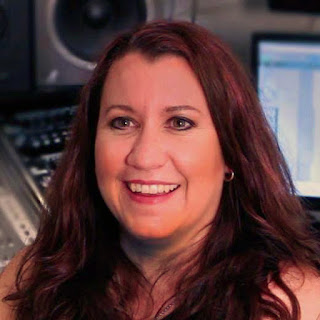 Today, we are featuring Catharine Wood, owner of Planetwood Studios in California.

Leslie Gaston-Bird: What childhood experiences do you think led you to a love for the ﬁeld of audio? (e.g. parents’ record player, making mix tapes, etc.)

Catharine Wood: "As a child, I was always into art and sports…my real interest in audio didn’t surface until after I’d taken an aptitude test at the Johnson O’Conner Research Foundation in San Francisco — which indicated very high aptitudes in Pitch, Tone and Rhythm memory. When combined with what I would later learn was “20/20” hearing, a shift from professional graphic designer to audio was very natural. This wasn’t until in my late 20’s. Prior to that, my interest in audio had been linked to music - listening to my parents’ record collection and, later, my own Beatles and Beach Boys cassette tapes in high school. In my early 20’s, I’d developed a love of singing, playing guitar & piano. Composing followed in my late 20’s AFTER my completion of a BA in Fine Art from Colorado College. I didn’t return to school for Audio Engineering (Full Sail’s Los Angeles Recording School
“LARS”) until my early 30’s - and that was when my passion for audio exploded!

LGB: What was your earliest experience with recording?

CW: When I was 7 years old, living in New Canaan, Connecticut, my church took us on a ﬁeld trip into New York City — to CBS Studios — to record a radio commercial. They had us sing “We’ve got love” in one note…and then showed us how doing that with different notes created harmony with overdubbing. I loved the entire experience — the unique “technology” smells of the studio…the “gear”…the large hanging microphone and headphones…which I’d never seen or put on before. I had very bad vision which had not received glasses yet - so everything was bright and white and magical in the studio. As a painfully shy kid who barely spoke in school — it was a feat to sing aloud…and hear a choir of myself in the overdubbing process — sounding great. It was quite a positive experience. I didn’t make it back to a professional studio again until over twenty years later…after I had begun composing my ﬁrst songs.

LGB: Compare your leadership role now with past roles you had in other, perhaps larger companies crews. 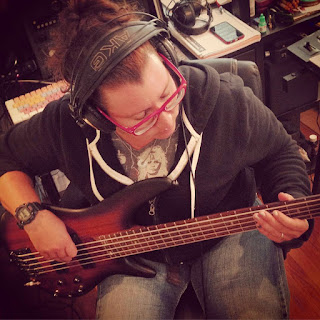 CW: As a professional music producer, composer, multi-instrumentalist and engineer, I own and run a private studio in Los Angeles. As a Sole Proprietor and Independent Contractor, I handle most of the roles myself…Though I’d mixed, mastered and produced a number of projects prior to moving to Los Angeles in 2003, my ﬁrst studio job in Los Angeles, after my LARS graduation, was as an Assistant Engineer and Dub Room Manager at an Audio Post Production “Mix House” for Commercials — and the technological skills I learned connecting and maintaining high end gear for that job - as well as all of the engineering duties - I used to eventually build my own studio. After many years working with various project studio setups, in 2014 I built a new facility on my property — from the ground up and based on my personal workﬂow — designing all walls, wiring, outboard gear signal ﬂow…networking DAWs…the aesthetic and sonic design of the space is professional and competitive. My past experience working in varying capacities at corporate headquarters (print graphics at a prominent San Francisco ad agency, executive assistant to a Producer on the Warner Bros lot, and Print Production Coordinator for several magazines)…means that I bring a high level of corporate knowledge to my own operation.

My early years engineering on commercials lent exposure to world class campaigns and interacting with leading Advertising producers. I also had the beneﬁt of having been the Director of Southern California for the West Coast Songwriters for a number of years, running their Hollywood Chapter events…which was very helpful in learning the various levels of Songwriter; from “newbie” to pro of the craft. The net result is an ability to communicate well in both art and business, create solutions and get things done…in all areas from estimating and budgeting projects, gaining new clients, making all hiring decisions on projects, negotiating contracts, studio maintenance, delivering projects ranging from ﬁlm mixes to singer-songwriter albums, billing and projecting trends.  As the demands of a Studio Owner and Professional Creative in the audio ﬁeld are constantly changing, it is critical to pull skill sets from all previous experiences to move forward — even if it’s a high proﬁle project that I’ve never done before…The answer, with few exceptions, is always Yes…and I ﬁgure it out. Even jobs with similar or even exact project descriptions end up being completely different when you take into account the artist, songs, genre, etc…so it’s ALWAYS something new and fresh…which is an aspect that I really like about my work. It’s rarely, if ever, boring. I should also note that my current volunteer work as a Professional Advisor to the Los Angeles Recording School Recording Arts Program as well as my newly elected position as an Alternate Board Member for the California Copyright Conference - provide vital, current information regarding trends and shifts in the industry. Also, as a Voting Member and Producers & Engineers Wing Member of The Recording Academy (aka The Grammys), I feel it a mandatory component of success to participate - and continue to hold leadership positions outside of my own business. Growth and learning are ongoing.

LGB: What questions do you DISLIKE being asked related to women in audio?

CW: This is a good question! I, personally, don’t have any speciﬁc questions that I’ve been asked that I particularly dislike — but, at the risk of sounding philosophical - given this interview’s “31 Days of Women in Audio” title (which I’m honored and grateful to be included in this fantastic group!); I simply perceive myself as an Engineer, Producer, Musician, etc… and don’t focus on the “preﬁx”…however genetically accurate. You’d never say “Male Engineer” or “Men in Audio”…and I would guess the term “Male Nurse” might correlate - as a term that feels equally redundant. I may be found in a 5% (and growing) gender in the Audio Engineering ﬁeld -  but my gender, as it relates to my profession doesn’t seem to pop up in conversations regarding my work. I do often get, however, “Wow, how cool! That sounds exciting!” when I’m meeting new people, telling them
“what I do” (and I don’t mind that at all!).

LGB: What questions would you PREFER to be asked related to women in audio?

CW: These are such wonderful questions. To be honest, until the last couple years in radio and print interviews, I have never been asked questions referring to me as a “woman in audio”. Certainly at Audio Engineering school (2005), I was never referred to as a Woman or Female Engineer. I just was the #1 student in my class…100% attendance, 97% test average. I was the only female in my class - and I was also the only female engineer at my ﬁrst big studio job - but that was never anything that got discussed, nor something that I thought much about. In my family, on my mother’s side, many of the men are engineers…Two of whom attended the Colorado School of Mines (as metallurgical engineers and geologists). I’ve always just been referred to as an engineer in my family - with no distinction between the different disciplines of engineering…so the questions I prefer to be asked have to do with AUDIO (not my being a woman).

LGB: What female role models do you have, ﬁctional or real?

CW: My mother, her mother & her grandmother (and beyond…they were all trailblazers…literally…from the Mayﬂower to the Wagon Trains heading into the Wild West). My great-grandmother was a very independent spirit from Colorado who studied voice at the Institute of Musical Art under Frank Damrosch in the early 1900s in New York. The Institute of Musical Art later became Juilliard…and, as fate would have it, as I was researching the location of the CBS Studio I went to for my ﬁrst recording experience - for this interview…49 East 52nd Street, as it turns out, was the ﬁrst Juilliard School of Music location in 1926…just after my great-grandmother had attended. My grandmother was also an Art Major (and painter) at Colorado College - but played piano beautifully by ear and taught me fundamental chord progressions at a very young age. My mother was a Music Major at Colorado College, a lifelong choral singer and composed constantly when I was a teenager. I’d lay under the grand piano while she wrote…soaking it up. Though I have formal vocal training as well as years on drums, the majority of my instruments have been learned by ear (guitar, piano, bass) over the last twenty+ years — as needed. We have a long line of fearless artists with an unorthodox approach in my family. Leaders who make their own path.

LGB: What upcoming projects are you excited about? If none, how about a favorite recent project? 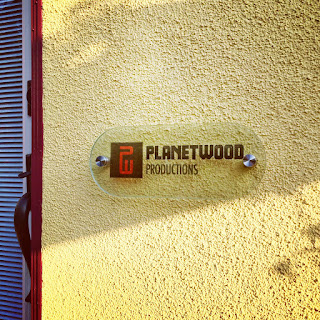 CW: I am in the middle of a large, year-long mastering project right now for a gifted, proliﬁc Los Angeles-based composer. The artist is an avant-garde “modern classical” composer with deep eastern & western classical and jazz roots. The hybrid of sounds and the appreciative and gracious nature of this artist have been a joy to work with. I also have a massive composition project in the works - which has been an enormous undertaking for a few years and is nearing completion…And last year I was proud to produce Billy Lawler’s debut album, “Nostalgic”…which was recorded, mixed and mastered at my studio and considered for the 59th Grammy Awards in the ﬁrst round of voting.

LGB: Finally, be sure to tell me about anything you’d like to promote: website, recordings, ﬁlms, etc.

CW: I’m always looking for great projects to work on with talented people, fantastic budgets and a creative and commercial focus that contributes to my evolution as a producer/composer/engineer. Please feel free to check out my website at planetwoodstudios.com and drop me a line any time!